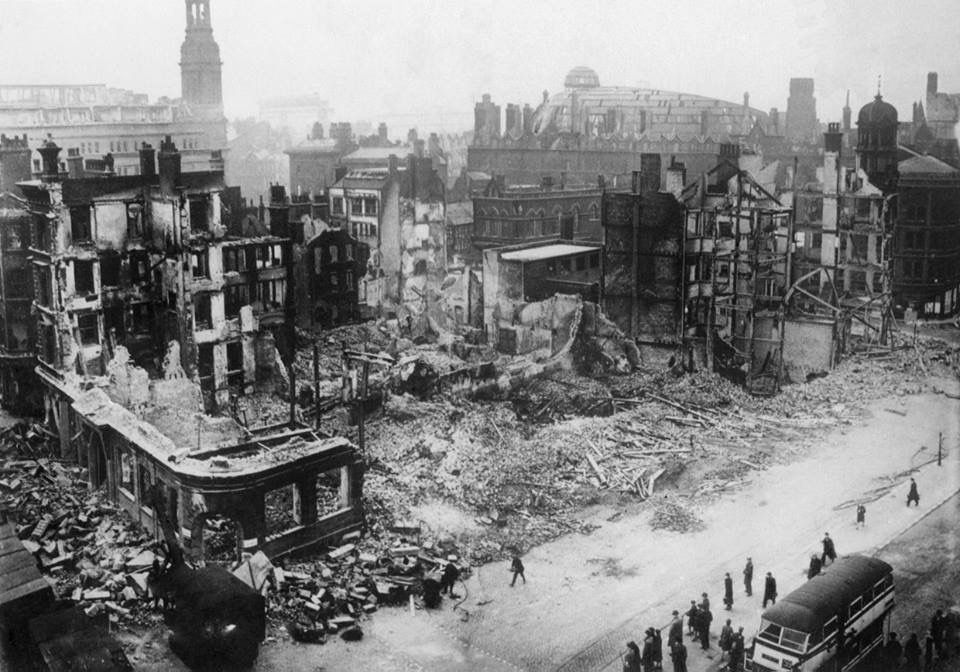 Circulations rose for both national and local newspapers during the war, but the cost was a further severing of the confidence people had in their press. When readers themselves became the story by being the victims of the Blitz they discovered there was often a gap between the truth and what appeared in print. It is a trust that has not been recovered to this day. New search Advanced search Search results.

Manchester and its press under the bomb : Britain's 'other Fleet Street' and its contribution to a myth of the Blitz. It was printed on 18 sheets and was the most detailed authoritative map of Manchester in the 18th century. It shows the town during a period of rapid expansion which would eventually claim the undeveloped pasture fields of Ardwick, Chorlton-Upon Medlock, Collyhurst and Ordsall.


View map Joseph Adshead. It identifies individual buildings, and provides details such as courtyard names, and the owners of factories and mills. There are 24 sheets in total, some in black and white and some in colour. Browse maps or view index map Ordnance Survey 60 inches to 1 mile series Manchester and Salford. Surveyed , published It is incredibly detailed showing features such has man-holes, lampposts and the interior layout of many buildings such as workhouses, theatres and the Town Hall.

All 49 sheets are available to view in LUNA.

Browse maps Ordnance Survey Six-inch to 1 mile series As a counter measure, when the alert sirens were sounding, large oil containers full of old tyres and wood soaked in oil were set alight in the fields to the west of Salford and Worsley. This was done to give the false impression that factories had been hit and hopefully to attract the next waves of bombers approaching to drop their bombs where they could see the smoke and flames coming from. Thus diverting the planes from their true targets, Trafford Park, Salford Docks, and the centre of Manchester.

Another ruse was to have a number of mobile Ack-Ack guns driving around the different neighbourhoods while the attack was in progress. They would stop the lorries towing the guns in a variety of locations, set up the Anti-aircraft gun, loose off a few rounds, load up and then move to another venue. This was to give the impression to aircraft that there were many more Ack-Ack gun emplacements than there actually were.

Invariably, Mother and I, on our trip to Droylsden after the shop had been closed, managed to get somewhere in the vicinity of Piccadilly or even Stevenson Square, before being stopped by the sirens. Everyone made for the many deep underground shelters in the basements of the high five and six story warehouse buildings dotted around Piccadilly and the surrounding streets. Many life histories and reminiscing bouts were held while ensconced in the bowels of those buildings to help pass the time - even a little sing-song sometimes.

The spirit, intimate comradeship and friendship built up between complete strangers linked together in adversity while taking shelter is something to be long remembered in those dark days. A determined fighting spirit abound that eventually won us the war. Early October saw another spate of air raids which caused damage to the official residence of the Judges of Assize and also Salford Town Hall. Many people were killed and lists of those who had died began to appear at Police Stations and local Government offices. The raids continued unabated throughout October, November and December.

Luckily, Mother and I were not travelling from the Hulme paper shop to Droylsden on the fateful night of 22nd December, it being a Sunday. Otherwise we may have been caught, along with many others, inside the deep cellar shelters of the tall buildings in Piccadilly that were totally destroyed by fire on that horrendous night. So intense were the flames that night, that in order to stop the fire spreading, some buildings had to be dynamited to form a gap between the buildings on fire and those more fortunate that were being doused with water.

The City of Liverpool had already been severely raided on the previous two nights the 20th and 21st December, with indeed even some bombing on the 22nd and 23rd, but the brunt of the attack by the German Air Force on the 22nd and 23rd December was against Manchester and the conurbation areas surrounding the City. The raid on Manchester followed the plan adopted by the enemy in their massed assaults on other cities. There was a preliminary intensive incendiary attack, during which few high-explosive bombs were dropped, followed by the bombardment by increasingly heavy calibre HE bombs and land mines as the target area became illuminated by the fires caused by the shower of incendiaries previously dropped.

The first incendiaries were showered over the city within two minutes of the sirens having been sounded.

One of the first incendiary bombs dropped on the building on the corner of Princess street and Clarence street and this was soon well ablaze. Two minutes later reports that the Royal Exchange and Victoria buildings were alight. The latter collapsing into Deansgate blocking the thoroughfare from Blackfriars Street to Victoria Bridge, with the overhead wires of the tramway system tangled beneath the piles of debris. Within the hour, warehouses at the corner of Portland street and Sackville street, in Watson street and elsewhere, were in the grip of fire and doomed to destruction.

High explosives began blasting buildings asunder all over the City and surrounding areas. This received a direct hit resulting in people being trapped, even though the shelter was officially intended to hold only Fortunately, every one of the occupants were rescued alive. The many thousands of incendiary bombs released over Manchester on the Sunday night caused the biggest problem, which was mainly uncontrollable fires spreading over a wide area.

There were also many high explosive bombs and land mines dropped on the City spread over the two nights which also caused untold devastation. Although the raid on Monday night the 23rd, was much shorter, lasting from pm until am, the cumulative effect of the two raids was extremely severe and devastating. In all there were over 1, fires in the centre of Manchester and surrounding areas. Some additional appliances were brought in and over 3, additional men were drafted in from surrounding areas.

But even so, fires were still showing a bright glare on the night of Christmas Eve. It was not until the afternoon of Christmas Day that all of the fires had been brought under control. The dead in Manchester numbered ; there were seriously injured hospital cases and people with less serious wounds.

We had only just finished the Sunday tea. It was at pm on that evening of the 22nd December when the sirens sounded their blood curdling wailing warning into the cold night air. Many people took to the shelters, but we decided to bed down under the large strong oak table standing against the wall in the living room of Scott Road. Almost immediately the drone of the planes engines could be heard overhead. The steady crump of the estimated bombs that were said to have been dropped that first night could be heard exploding throughout the night, along with the many thousands of incendiary bombs that had been strewn across a wide area and many districts.

As the night dragged on, I ventured upstairs once or twice to look through the back bedroom window. Each visit saw the skies over Manchester getting ever redder and brighter as the flames took hold and the fires spread from building to building. The following morning I cycled to work, arriving on time at clock and went straight to the roof to join most of the staff who had managed to get to work, enjoying the best view of the biggest fire ever seen in Manchester.

Climbing on to the letter H, you could see the whole of the centre of Piccadilly ablaze from Mosely street to Portland street. Lever Street was blocked off with fire appliances, but making my way down Newton Street to reach the corner where it joined Piccadilly, all you could see was one mass of flames engulfing the whole row of five story warehouses on the opposite side - every window alight from end to end - top to bottom, with flames belching from where the roof had been.

Like a backcloth to some giant inferno. A sight never to be forgotten by those that witnessed that giant furnace of flame and smoke. This block of buildings is where the Piccaddilly Hotel now stands. You could not bear to touch the walls of the building housing the BBC opposite because the bricks were so hot. Firemen were even spraying water on these walls opposite, causing steam to rise skywards. That night there were business houses, warehouses, nearly offices and five banks destroyed or seriously damaged; more than additional business houses, 20 banks, warehouses and offices suffered in lesser degree.

Within a mile radius of Albert Square Complete and utter devastation. Even though all this was happening all around, people tried to carry on as best they could. Later on that morning, I was sent out to deliver a parcel to a small printers situated in the warren of side streets just behind John Rylands Library on Deansgate. I started out making my way down Canon street which was strewn with debris, broken glass and fire hoses, with fire tenders still spraying water on the burning and smouldering shells of buildings.

Several side streets were wrecked and impassable where some of the buildings had been roped off. Large coping stones from the tops of building were lying everywhere.

My route was often changed and I had to make many diversions as my journey progressed very slowly because of stopping to talk to Firemen and other groups of pedestrians standing outside of what used to be their place of employment, now completely demolished. The smell of burning was intense. Buildings were collapsing all around and still on fire. Those that were not on fire left were left as piles of smoking and smouldering rubble. Not able to go along Deansgate because of collapsed buildings and entangled overhead tram wire, I began to make my way down side streets round by Victoria station and then into Salford towards the Flat Iron Market on the corner of Chapel Street. 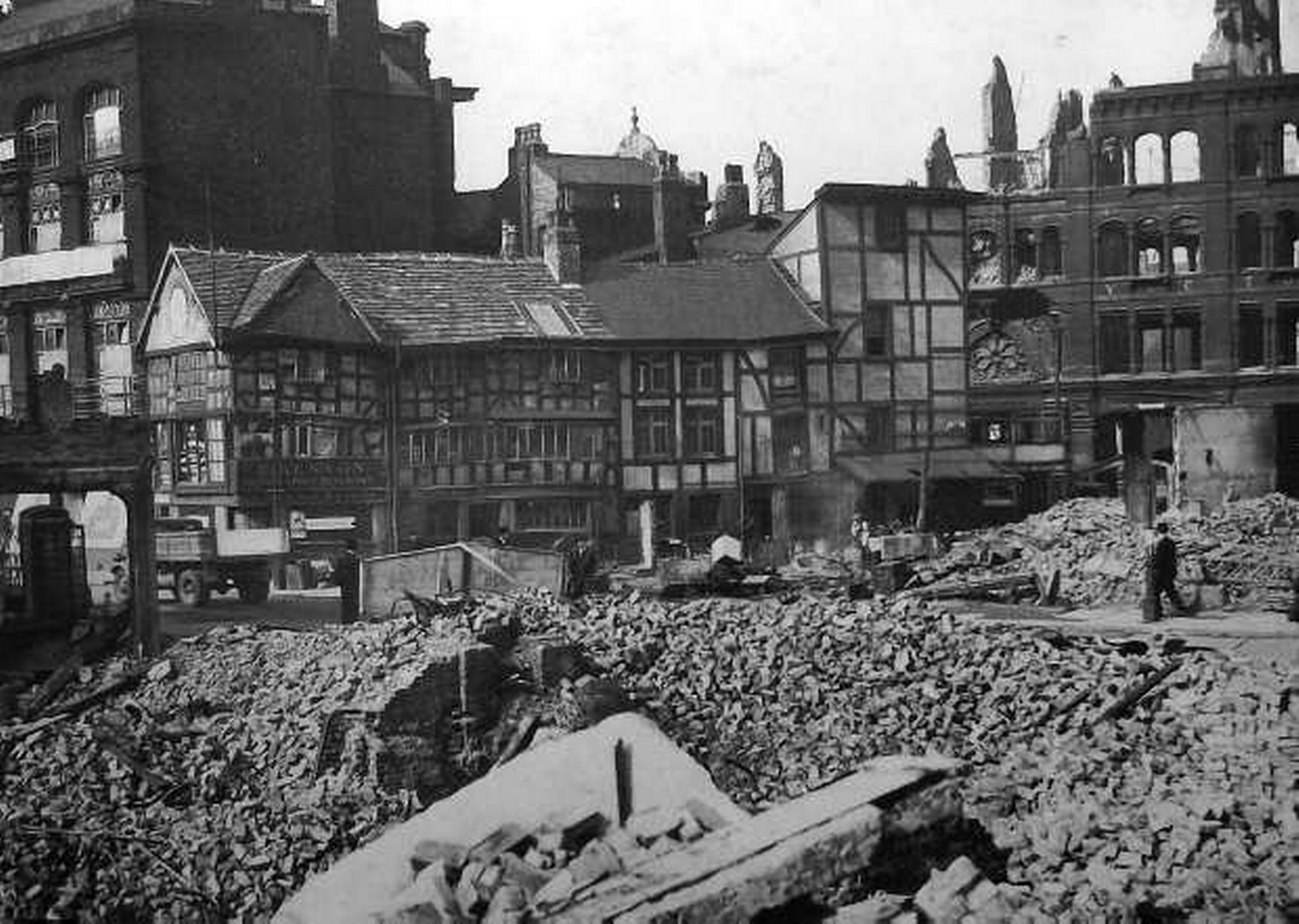 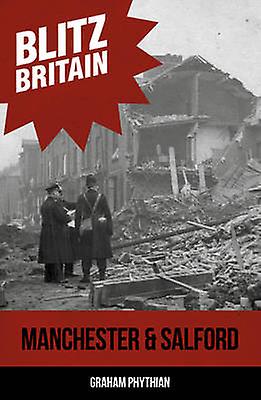