George Washington and his soldiers watched a play. Due to logistical maladministration that prevented much-needed materiel from reaching the troops, the winter of —78 had given the Continental Army a test greater than any battlefield defeat — a fact evidenced by the atrocious casualty rates that far exceeded those incurred in any of the engagements throughout the war.

Starvation, extreme weather and disease had reduced fighting strength and morale. The play cast the first-century Roman republican as a liberty-loving icon of virtue and duty against Julius Caesar and his tyrannical bid to destroy the republic. Cato represented the disappearing virtues of the republican citizen-soldier that were giving way to the opportunism and avarice of Caesar and his professional soldiers more loyal to him than the dying republic. Washington, the avid theatergoer, either chose or approved the play with the obvious intention of inspiring his own weary troops to fight the British tyrant and his professional armies currently occupying Philadelphia.

Regardless of the historical veracity of the play, the story of a die-hard republican sacrificing himself for republican principles would have inspired the Continentals. The recruits at Valley Forge would have understood the sacrifices of Cato with his modest vision of a republic.

However, these were still citizen-soldiers.

Originally, Congress had intended enlistments to last for the duration of the war, but this effort had largely failed by the winter of The soldiers in the militia always prioritized their farms and families first, and this same sentiment kept the Continental regulars from extended enlistments. None of these soldiers saw themselves as professionals, and all of them expected to return to their real work at their homes when the conflict concluded. On the one hand they see themselves as defenders of a great republic.

On the other hand they would probably prefer the professionalism and martial prowess of a Julius Caesar.

Even National Guard and Reserve units today look less like citizen-soldiers and more like professionals given the number of deployments in recent years. The predominance of the citizen-soldier in America is a thing of the past. Removed from their families, friends, mobile phones, video games and fast-food chains, they begin an intense indoctrination that goes far beyond communing in mess halls, drilling at firing ranges and engaging in tactical maneuvers.

Drill sergeants and other trainers are primarily concerned with creating and maintaining a distinct army culture. This is why soldiers often refer to their squads, platoons and companies as families, and why many describe their military branch in ways others might describe their church. This kind of indoctrination extends to the downright silly. Other books in this series.

Add to basket. Review quote ". Rogers should be complimented for the depth and concision with which he has explored this subject.

The book is solidly based on wide reading of an extensive range of sources, as the use of frequent and well-chosen quotations makes clear. This is a fine book, solidly rooted in the sources, which displays an impressively wide range of learning. His range of scholarly vision beyond the medieval heartlands of England and France will make this work doubly valuable to historians of southern and eastern Europe. From its fine organization, content, and style, Rogers's book will continue military history's contemporary trend of pushing its way from the fringes to the very forefront of Clio's realm.

Wisely taking an impressionistic rather than analytical approach to this enormous subject, he strives for a balanced portrait of what soldiers did to kill each other and protect themselves, how they were organized and led, how the warfare in which they were engaged was conducted, and how they were supported and supplied. He covers soldiering in peacetime, the business of recruitment, life in camp and on the march, sieges, battle strategies and consequences including the truly horrific medical care and the art of the little war, in which participants provided escorts, committed extortion or ambushed each other.

It will be a useful and highly readable textbook for undergraduate courses in military history and a companion volume for medieval and Western civilization courses. About Clifford J. But the Spartan decision to stand their ground, even after the pass had been turned, made them into legends.

A great deal can be said about Thermopylai and the senseless sacrifice of Leonidas and his men; the Reddit podcast I did on the topic provides an overview of the latest scholarship on the battle. The main thing to note here is that the Spartans seem to have taken complete control of the way the battle was remembered.

Even though Thebans and Thespians also stayed and fought to the last man, the story was always how the Spartans had done so. They had sacrificed themselves for Greece. They had lived up to their harsh laws and died where they stood. At Thermopylai, Sparta made its name as a society of warriors.

Afterwards, everyone feared them; we are frequently told of the shaking knees and chattering teeth of those who know they are going up against Spartans. However, from the sources of the Classical period, it becomes clear that Sparta is feared and respected in warfare only because of Thermopylai. No one can name any other example of Spartans fighting to the death against insurmountable odds.


When the Spartans surrendered at the Battle of Sphakteria BC , comparisons were immediately drawn with the men of Leonidas, whose reputation the warriors at Sphakteria had failed to live up to. There was apparently no other go-to example of Spartan prowess. It seems that the success of their propaganda coup prompted the Spartans to commit to the name they had made for themselves.

There are no more native Spartan writers after the Archaic period; the art and luxury items of Spartan leisure-class culture dry up. Instead, what we find in other sources, people talking about Sparta, is increasing awe at their well-ordered society, their political stability, and their military skill. This keeps building right the way through the Classical and Hellenistic periods, and the most incredible tales of Spartan ruthlessness and single-minded obsession with warfare were actually written in the days of the Roman Empire — centuries after Sparta was beaten in war by the city-state of Thebes and reduced to the status of second-rate power.

It would seem that the Spartans of the Classical period doubled down on their reputation as a specifically military power, and gradually started building up the system of customs and institutions that would convince later observers that they must always have been a force to be reckoned with. This only seems to have happened in response to their reputation — but in hindsight, it must have been hard for Greek and Roman authors to identify cause and effect.

Top 10 Most FEARED Army in history!

In other words, the Spartan reputation for military skill and their actual military record appear to be largely unrelated. During their rise to prominence, nobody thought they stood out. In the period of their slow but irrevocable decline, from the fourth century BC onwards, admiration for their methods steadily rose to a fever pitch. This is important; apparently the degree of respect they commanded in ancient times seems to have had little to do with the power they actually had. So it goes, too, in modern times. Was there ever any substance to the renown of the Spartan war machine, or were they just coasting along on the glory of Leonidas and the ?

This is where it gets interesting. As noted above, the Spartans indeed seem to have developed some military methods that outstripped those of other city-states, if only after their reputation had been made at Thermopylai. None of the typical features of Spartan warfare that fuelled the admiration of later authors is attested before the time of the Persian Wars. But as time went on, the Spartans began to live up to their name, and made themselves into the kind of military power that amazed and terrified others. Any description of their military methods should come with a couple of caveats.

It was not. Their entire social hierarchy and political system was that of a more or less typical Greek oligarchy, designed to keep power in the hands of the leisured elite, who devoted themselves to the defence and administration of the community besides the running of their estates, of course. They were not nearly as geared to war as many modern authors have usually argued.

If they were, how could Spartiates have time for dancing, singing, seducing boys, hunting hares, hanging around in the marketplace, playing ball games, and raising horses, as the sources said they did? This is not really true. Everyday Spartan training, as we know from several surviving detailed accounts, amounted to nothing more than athletic exercise under the supervision of older citizens. Boys were underfed and harshly treated, encouraged to sneak and steal, and taught to endure all hardship in strict obedience to their superiors — but they were not, at any point, taught to fight.

There is zero evidence for Spartan weapon proficiency training. There is also zero evidence that boys, who were not yet of age to be liable for military service, were taught formation drill. What we do have is evidence that citizen boys would be taught to read, write, dance, and recite poetry. Even when they grew up, they would not be soldiers; Sparta had no military, and fighting was a civic duty, not a profession. The boys were taught all the things they would need to know in order to live like a proper Greek leisure-class citizen.

Thirdly, the result of their broad and varied education was that the Spartans were not notably strong or skilled fighters.


No source ever suggests that they were individually superior to other Greeks. When Thebes was under Spartan occupation, ca. 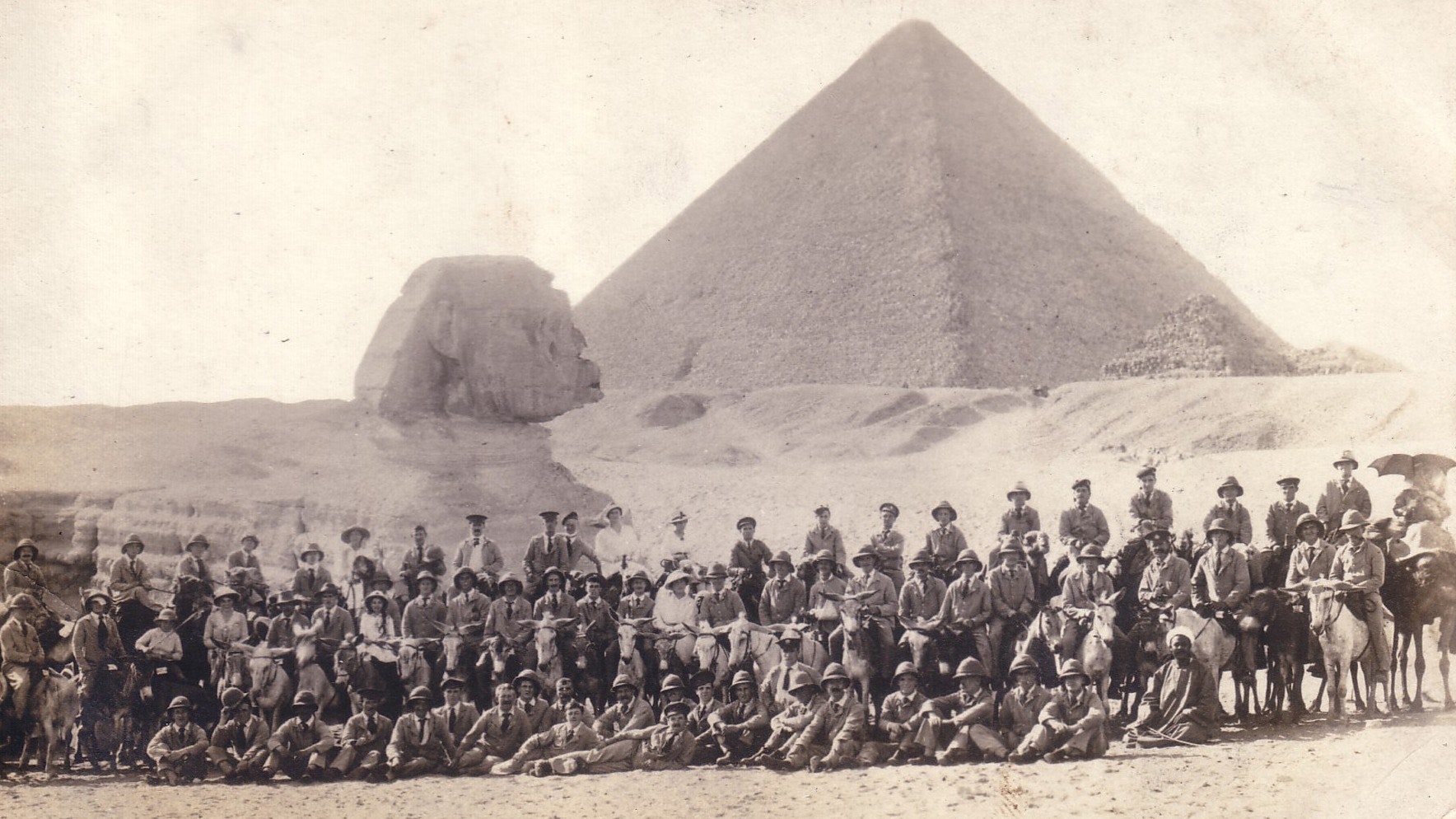